They may have won The Block 2022 by a country mile, but Omar and Oz were far from being the competition frontrunners throughout the season.

Over the 12 weeks of renovations, the teams gave their brutally honest reviews of each other’s houses during the Open For Inspection rounds.

And while all of the teams copped some pretty harsh criticism from their co-stars, Omar and Oz’s house raised eyebrows more than just a few times.

From questionable styling choices to that controversial baby grand piano, we’ve taken a look back at the most brutal things the teams said about Omar and Oz’s winning house.﻿

It was a shaky start for the best mates who placed last with the Room Reveal of their first guest bedroom.

They got a score of just 23.5 out of 30 from the judges, and their peers were on the same page for this one.

Sarah-Jane dubbed the room “super generic” and “nothing special”.﻿

“I don’t love it,” Rachel said, looking at the décor, “It just doesn’t make sense to me.” 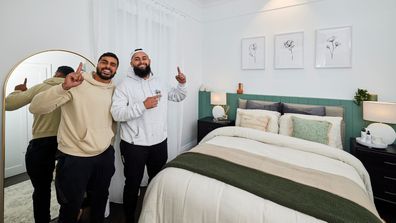 And while most of the teams thought the bathroom was “unbelievable”, runners up Ankur and Sharon struggled to find a positive in the space.﻿

“It is really small. And the toilet’s behind the door. That’s a faux pas,” Sharon said.

She also pointed out that when the shower door opened, it hit the main entrance door.

“I just don’t know how this beats ours?”

‘The Bathroom Kings’ were back at it again with a guest suite that got a couple of 10s from the judges and a score of 29/30.

But upon entering Omar and Oz’s bathroom the teams thought the judges’ feedback was inconsistent across the board.

“And the whole competition is rigged,” Rachel said as she walked into their ensuite.

Jenny seconded that opinion, adding: “This competition is actually rigged, like seriously, what is that styling? I’m so confused.”

“I don’t get why they’re still the bathroom kings to be honest.”

Dylan was torn and said it wasn’t a “bad room” but didn’t think it deserved to receive a 10 from the judges.﻿

Omar and Oz’s $250,000 kitchen earned them the second highest score of the week, but copped a bit of flak from their peers for being “not very country” looking. 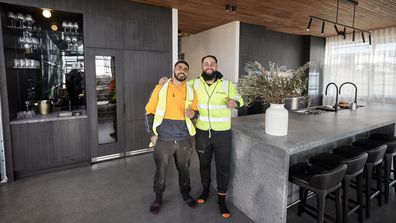 House 5’s living room was a hit with the judges and Blockheads, except for one detail – a $36,000 baby grand piano which saw the boys disqualified from judging after they bought it for less than 50 per cent of the retail price.

“I can’t look at the piano because I feel dirty looking at it,” Rachel shuddered during the Open For Inspections.

All the teams were in agreement that the boys made a huge mistake converting their final guest bedroom into a second living room.﻿

“I think it just looks too squashed, and too tiny,” Ryan said of the space.

Jenny wondered how having one less bedroom would affect the saleability of their house.

“Who wants to buy a $5million house that’s four-bedroom, when they can go next door and buy a five bedroom?”

Well, it turns out that second living space really didn’t matter in the end because buyers Danny Wallis and Adrian Portelli were locked in a heated bidding war for House 5.

Ultimately it was Danny who landed the winning bid and secured the best mates the biggest win in Block history. 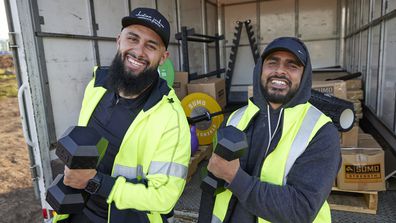